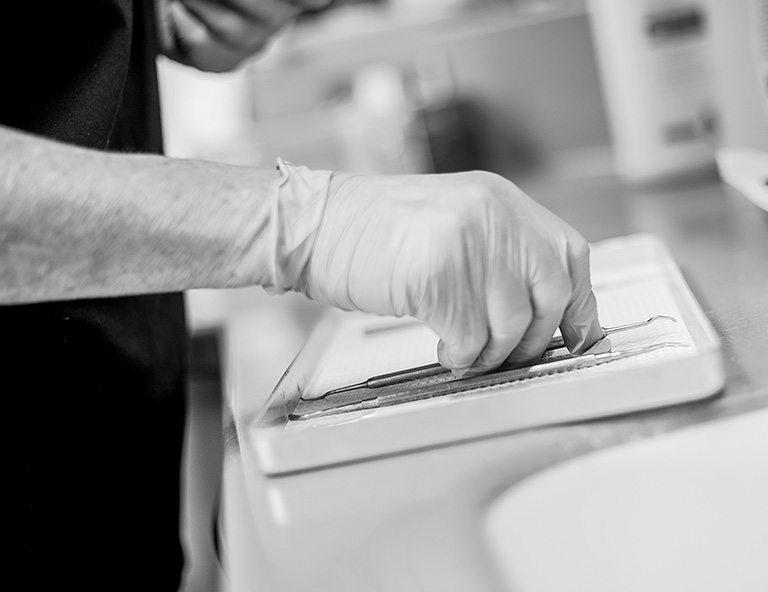 Good oral hygiene requires fastidious teeth brushing, but thatâ€™s not enough on its own. Flossing and/or using interdental brushes is also necessary to remove food residue and plaque in between teeth.

If you donâ€™t follow the recommended regimen, you may think the worst that can happen is the odd filling. Wrong! The health of your mouth affects a lot more than just teeth and gums, and it could be down to bacteria present with gum disease.

The normal bacteria in our mouths combines with saliva to form a sticky substance called plaque. If brushing and flossing doesnâ€™t remove the plaque, it then becomes tartar, which is much harder to dislodge. Bacteria feed off sugars in high-carb foods, which in turn creates acid. This acid can cause tooth decay, as well as inflammation in the gums. In the early stages of gum disease, known as gingivitis, you might notice swelling, tenderness, and bleeding when you brush your teeth. Gingivitis can be dealt with by your dentist, although you will have to step up your cleaning routine at home. The danger arises when the condition progresses and becomes periodontitis. This stage is more aggressive and can lead to loss of tissue and bone that support the teeth, resulting in teeth moving and even falling out. Some people are more prone to gum disease than others, such as diabetics, and you might not have any symptoms, which is why itâ€™s vital you see your dentist regularly, or as soon as you notice a problem. But according to ongoing research, it may not be just your mouth you need to worry about if you have periodontitis.

While an irrefutable link between periodontitis and cardiovascular disease doesnâ€™t yet exist, a number of studies, such as this paper, show a compelling relationship between the two diseases. While the results may be coincidental or due to lifestyle factors, there is a growing theory that the same bacteria that inflames your gums can damage artery linings when it gets into the bloodstream. While oral plaque and arterial plaque are different, people with gum disease are nearly twice as likely to have heart disease.

Itâ€™s long been accepted that patients with diabetes have a greater chance of experiencing gum disease, but it seems the reverse may also be true. One study found a link between periodontal disease and developing type II diabetes, and here again, the common factor was chronic inflammation. Itâ€™s possible this correlation is down to coincidence or other variables, but itâ€™s worth thinking about.

A recent Chinese study concluded that those with advanced periodontal disease were more likely to develop Alzheimerâ€™s. While more research is needed to confirm whether gum disease causes dementia, there is an association between infectious diseases that cause low-grade inflammation and people developing Alzheimerâ€™s. Whether gum disease causes any of the above health issues isnâ€™t 100% certain, however there is a common factor throughout â€“ inflammation. But irrespective of these possible connections, progressive gum disease in itself can have a significant impact on the quality of life with the resulting pain, bleeding, inflammation, abscesses, and tooth loss. This has a knock-on effect on what you can eat, your face shape, and even your speech. The best way to avoid this problem is to use interdental brushes or floss before you brush with a fluoride toothpaste twice a day, and to see your dentist and hygienist every six months.